Beyond dieting: can intuitive eating create a healthier relationship to body and self?

There are few topics with more mixed signals and competing information out there than the topic of what and how to eat. One year, popular knowledge says we should avoid fats, the next, we should embrace them. Some swear by the wonders of intermittent fasting, others warn it can be harmful and dangerous. And this is before we even dive into the various ethical implications of our food.

If we were to follow all the hype, deciding what to prepare for breakfast could become a downright paralyzing prospect. But there’s one eating philosophy that cuts through the noise, eschewing diet culture and offering up a gentler approach. It’s called intuitive eating.

What is intuitive eating?

Intuitive eating calls for us to go inwards and listen to our body’s natural cues. Rather than following all of the eating “rules” we have picked up over time, we simplify and tap into the innate knowledge of eating we had as newborns. While that may be easier said than done, proponents say it’s about cultivating an inner awareness and embracing the pleasure and satisfaction we get from food.

There are no guidelines about what you should or shouldn’t eat, rather, intuitive eating asks us to pay attention to the sensations in our body and whether we are attempting to satiate a physical hunger or an emotional craving like stress or boredom. We can ask ourselves, “What does my body want and need right now?” One day the answer might be a fresh, crisp, salad, the other, a juicy steak with potatoes.

Both choices are valid and should be honored. Intuitive eating is underpinned by the recognition that following a strict diet or limiting ourselves usually doesn’t yield a healthy relationship to our self and body in the long-term. Rather, it often does just the opposite, coming with its own set of mental burdens that can take a hefty psychological toll.

The history of intuitive eating

The term intuitive eating was popularized in 1995 by the dieticians Evelyn Tribole and Elyse Resch in their book Intuitive Eating: A Revolutionary Program That Works, but the concept has been around longer, at least since the early 1970s when the psychotherapist Susie Orbach discussed it in her book Fat is a Feminist Issue. Intuitive eating is also closely related to the Buddhist-rooted philosophy of “mindful eating” which calls for us to slow down, remove distractions, and eat meditatively.

There’s more to it than intuition

While listening and following our instincts is a big part of intuitive eating, that’s not the whole story says Tribole and Resch. They define intuitive eating as “the dynamic interplay of instinct, emotion, and thought.” In an interview with Today’s Dietitian, Resch explains the three brain systems detailed in their book:

According to Resch, relying on the first brain alone won’t cut it because we are evolved beings whose neocortex plays a critical role in regulating our emotions and instincts. For example, if we have just gone through a traumatic break up, we might lose our appetite, but that doesn’t mean we don’t need to eat, and that’s where our rational brain can take the reins.

Our rational brain can also play an important role in helping us interpret the sensations we feel in our body. So, just as intuitive eating emphasizes that we should release ourselves from any feelings of guilt or shame that might arise after indulging in three slices of chocolate cake, it also encourages us to check in and notice how we’re feeling afterwards and if that’s how we want to feel regularly. By respecting the interplay of these elements, Tribole and Resch argue that we can develop healthier and more pleasurable relationships with food and our body, free of stigma and calorie counting.

While intuitive eating is gaining in popularity, others are quick to point out some caveats.

“You have to trust your gut, but if your gut is dysfunctional, it’s not able to tell you what you truly need to support yourself,” says Dr. Hanisha Patel, a licensed naturopathic doctor based in Columbus, Ohio.

She points out that if we are experiencing physiological dysfunction such as too many “bad bacteria” in our gut or chromium, protein, iron, magnesium, or other vital micronutrient deficiencies, then we might not be able to fully trust the signals our bodies are giving us.

“Physiological dysfunction affects the brain, thought, and emotion, so then the question becomes, ‘Why are you having the cravings?’ For example, our bodies truly never need refined sugar, processed foods, or alcohol. That doesn’t mean we should never indulge, but to me, intuitive eating would be recognizing what is an indulgence as well as what your body actually needs and then supporting it with that.”

The research on intuitive eating

When embarking on your intuitive eating journey, be aware that food restriction or change of nutrition can bring up unpleasant feelings and emotions. Make sure you check in with yourself regularly and listen to the signs of your body. Remember that you don’t have to make perfect choices all the time to be healthy.

*It’s important to remember that not every health approach is suitable for everyone. Before making any drastic changes to your diet or routine, it’s always wise to consult a trusted medical professional, especially if you have any special conditions or disorders. 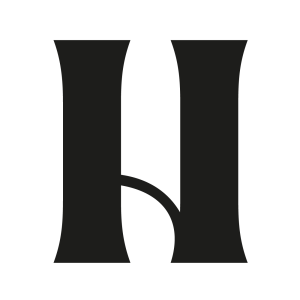 7 ways to heal and calm your nervous system

When love isn’t blind: Deepti Vempati on finding love within

12 affirmations to heal from trauma

Articles Of The Month

7 ways to heal and calm your nervous system

When love isn’t blind: Deepti Vempati on finding love within

Get the latest healding updates

To ground is to pour your energies back into the e

This website uses cookies to improve your experience while you navigate through the website. Out of these, the cookies that are categorized as necessary are stored on your browser as they are essential for the working of basic functionalities of the website. We also use third-party cookies that help us analyze and understand how you use this website. These cookies will be stored in your browser only with your consent. You also have the option to opt-out of these cookies. But opting out of some of these cookies may affect your browsing experience.
Necessary Altijd ingeschakeld
Necessary cookies are absolutely essential for the website to function properly. These cookies ensure basic functionalities and security features of the website, anonymously.
Functional
Functional cookies help to perform certain functionalities like sharing the content of the website on social media platforms, collect feedbacks, and other third-party features.
Performance
Performance cookies are used to understand and analyze the key performance indexes of the website which helps in delivering a better user experience for the visitors.
Analytics
Analytical cookies are used to understand how visitors interact with the website. These cookies help provide information on metrics the number of visitors, bounce rate, traffic source, etc.
Advertisement
Advertisement cookies are used to provide visitors with relevant ads and marketing campaigns. These cookies track visitors across websites and collect information to provide customized ads.
Others
Other uncategorized cookies are those that are being analyzed and have not been classified into a category as yet.
OPSLAAN & ACCEPTEREN
Nutrition

Beyond dieting: can intuitive eating create a healthier relationship to body and self?